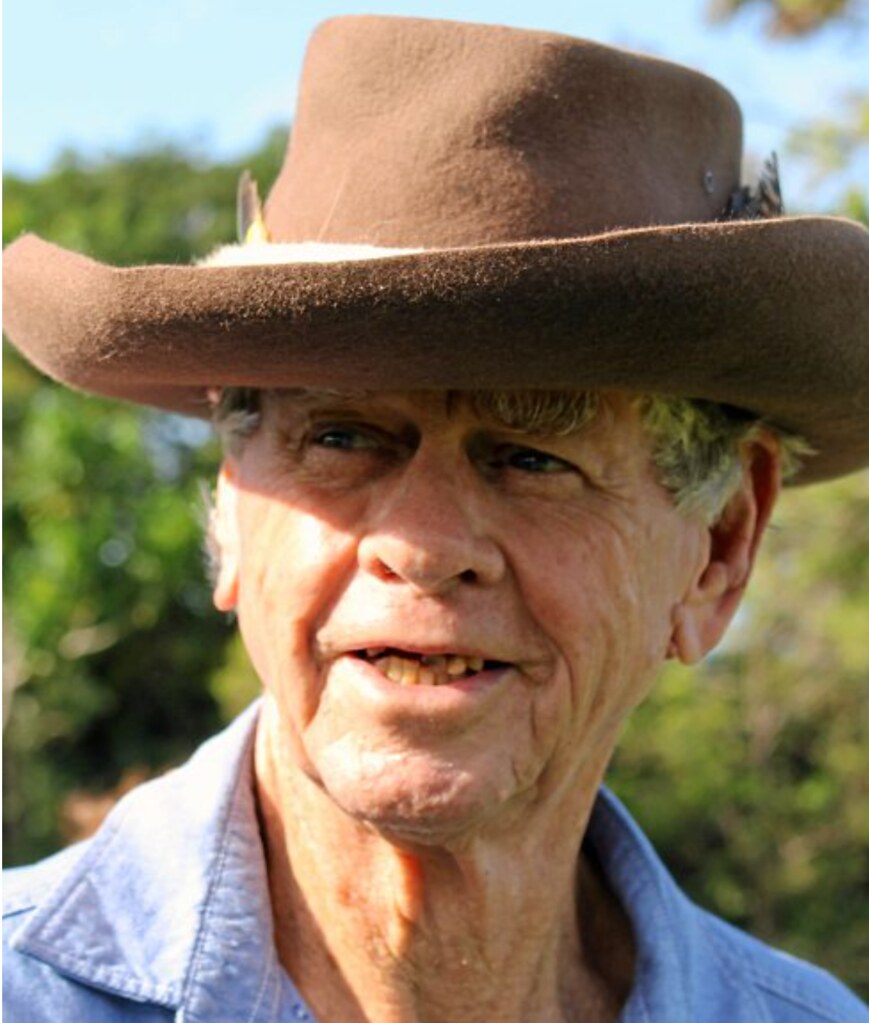 This article appeared as a feature in the Rural Weekly on 10 May 2019. It’s based on the wisdom of John Sweet, one of the visionaries behind the Watershed Land Art Project. Great hat, John!

The article is by Kirili Lamb.

You can read the article here combined into one page, or as two separate pdf pages here: left page, right page.

JOHN Sweet reckons if people implemented regenerative techniques into their land management, there may not have been cause to strengthen reef protection regulations.

And it all begins with the right mix of the three Ms: minerals, mulch and microbes.

“It’s the basis of all biological farming. If you get those right, after about two years, you don’t need any toxic biocides,” he said.

“Once you get the minerals in the soil balanced, using lime and rock dust, you find the weeds go away.

“You do those three things – minerals, mulch and microbes – and you get lower input costs, better production, and you don’t get toxicity around the farm.”

John has developed an action plan for managing land and water quality in Great Barrier Reef catchments, which he sees as a national emergency. He alludes to Franklin D Roosevelt’s declaration in the US mid-west Dust Bowl era, that “the nation that destroys its soil destroys itself”, and says this also applies to the reef, and to human health, in today’s Queensland.

“There’s a lot of people wanting to change their farming habits, which needs to happen across the board, and there are a lot of farmers not quite sure where to start,” he said. 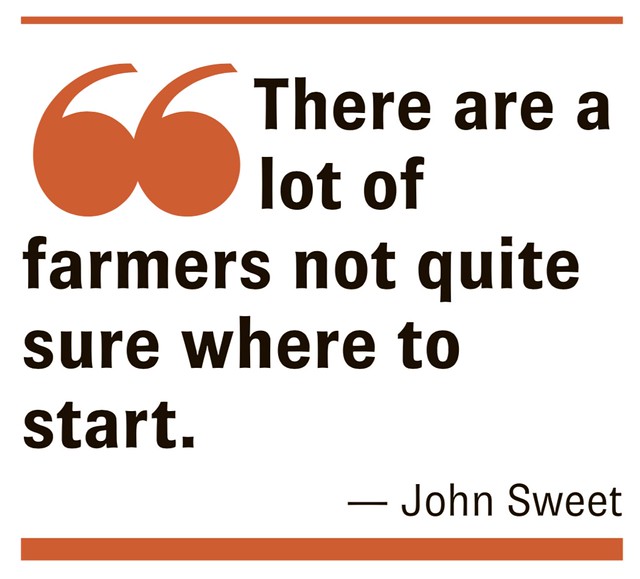 John was born out in the black soil country of Blackall, and at 82, he’s a retired cattleman, the former steward of Rugby Run station on the Central Highlands, where he cut his teeth on regenerative land management practices.

For John, the start of his regenerative learning began with a visit as an 18 year old in the 1950s to regenerative farming pioneer PA Yeomans’ property Nevallan, west of Sydney. Inspired by the practices and inventions he saw, and deploying these on his own property, the 11,800ha Rugby Run, John and PA Yeomans later worked together on refining keyline design implementation in the 1980s.

“In the last years of his life, PA came to Rugby Run three or four times a year and worked there for five years. We put in a drought-proofing system, and it is so perfect.

“He was very ill at the time, but it really revived him. He’d sometimes tell his wife Jane ‘I’ve just had a call from John at Rugby Run, I’ve got to go up there again’. But I hadn’t even phoned him!

“I got my experience in soil from him. We used to sit up until two in the morning. I’d argue with him, ‘but that won’t work!’, but he was always absolutely right, every time.”

Before keyline water management earthworks on Rugby Run, water had barrelled off the site.

The site also implemented keyline grass shock methods, where grass/legume mix cover is cut or grazed just prior to going to flower. The shock causes a die-back, feeding beneficial soil microbes, and then regenerating pasture and in-soil organic matter.

“He figured out that if you are working with nature, you need to use both.
“When you do this grass shock, you increase humus levels as well as carbon. When you get your humus levels up, it’s been shown by a lot of research and practical stuff, that you need 30 to 40 per cent less irrigation water, because the humus holds that water into the soil rather than losing it.”

John said these results had application in cane growing, and growers who had remediated soil minerals, microbes and mulch were seeing positive results around water retention and input demands.

“If cane farmers get the humus in the soil and re-structure their water, they are way ahead,” he said.

In retirement, John shares a curated forest at Netherdale in the Pioneer Valley with wife Christene, and is a member of the Central Queensland Soil Health Systems group, and a member of the Local Marine Advisory Committee for the past 11 years.

He is passionate about educating the community, including farmers and graziers, about regenerative land management.

John points to the successes being shown by cane farming members of CQSHS who are deploying a range of measures, including, but not limited to, use of bio-dynamic teas on crops, water re-structuring, multi-species assembly and break plantings. 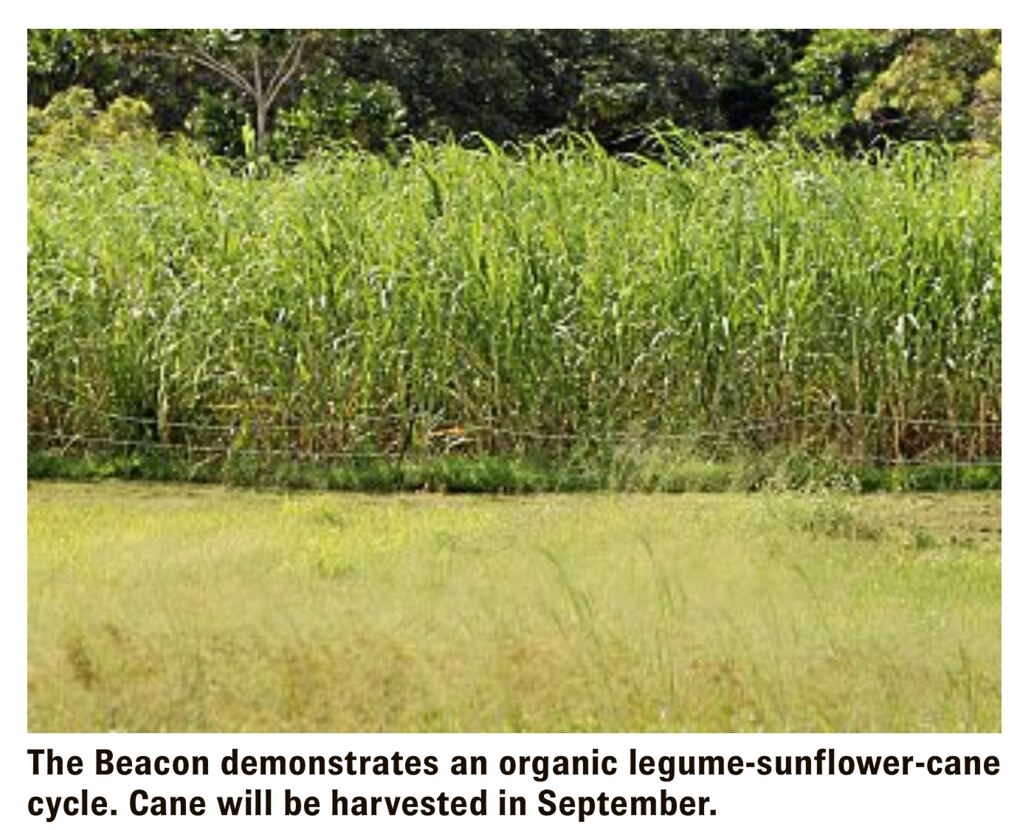 The group’s demonstration site, The Beacon, uses multi-species methods used by various members of the grassroots farmers group, and has so far seen significant soil de-compaction and aluminium reduction, along with a soil carbon boost from 2.3 to 2.7 per cent in just 10 months.

“It’s quite possible, using what we did at The Beacon, and with other regen ag efforts like biodynamics, to raise carbon levels from 2 per cent up to being very conservative, maybe 6 per cent.